The Cabinet Office's David Lidington says day one of the firm's liquidation went "pretty well" as he attempts to dispel fears. 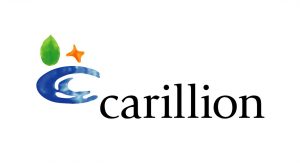 Workers employed by Carillion on private sector contracts will receive no pay after Wednesday unless other companies step in to take them on.

Employees on public sector contracts will continue to be paid.

Speaking after Monday night's meeting, Mr Lidington stressed the Government is battling to ensure the firm's demise "takes place in an orderly manner that does not disrupt public services".

Carillion, which employs 20,000 workers across Britain, held multi-million pound contracts across the work of Government before banks pulled the plug on the 200-year-old firm.

These included work on the HS2 railway, the construction of new schools and hospitals, the building of the Aberdeen bypass and catering contracts with both schools and the Ministry of Defence.

Ministers were forced to respond after the crisis-stricken firm plunged into liquidation early on Monday morning amid £900m of debt and a £587m pension deficit.

But Mr Lidington was also forced to defend the Government's actions amid anger at ministers' relationships with Carillion.

Downing Street has revealed eight new contracts were signed with Carillion since July last year, when the firm issued a profits warning, which sparked a sustained share price fall.

Mr Lidington insisted "extra protection" was built into the "very small number of contracts" and did not represent a high-risk strategy.

"Many companies... do issue profit warnings from time to time and on most occasions they work through the difficulties and recover from them," he added.

"Certainly Carillion were saying to us they were very confident they could get a deal with their bankers and their creditors."

He said they had "fleeced the public of billions of pounds".

But Mr Lidington denied Carillion's failure would spell the end of PFI, insisting the "principle" of such contracts is right, as it removes the risk from taxpayers of public service investment.

However, he added ministers will "need to look at whatever lessons there are to be learned".

The Government has assured Carillion workers they will continue to be paid for providing public services, although those employees on private sector contracts will only be paid for 48 hours and will not be offered the same protection as those in the public sector.

The Government has also told former Carillion workers already receiving their pensions that they will continue to receive payments.

Speaking in the House of Commons earlier on Monday, Mr Lidington insisted Carillion's shareholders and lenders "will bear the brunt of the losses".

Major banks HSBC, Barclays, Santander and Royal Bank of Scotland are reportedly set to lose an estimated £2bn as a result of Carillion's failure, while shareholders are expected to receive nothing.

Mr Lidington revealed Carillion's former and current bosses will be investigated as he warned of possible "severe penalties".

Questions have been asked about continuing salary payments to executives who had already left the firm.

Departed chief executive Richard Howson received £1.5m in pay, bonuses and pension payments in 2016, with Carillion having agreed to keep paying him a £660,000 salary and £28,000 in benefits until October.

Similarly, ex-finance chief Zafar Khan, who left the company in September, will receive £425,000 in salary for 12 months; while interim chief executive Keith Cochrane will be paid his £750,000 salary until July, despite leaving Carillion in February.

Mr Lidington said he could "completely understand" the "sense of unfairness" as MPs called for Carillion bosses to be made to hand back their "exorbitant bonuses".

Labour's shadow Cabinet Office minister Jon Trickett accused the Government of being "recklessly complacent" by attempting to lay sole blame for Carillion's collapse on the company.

He said: "The House will conclude it was recklessly complacent in seeking to avoid responsibility for the Government and placing the whole responsibility on the company.

"After all Carillion provides 450 separate taxpayer funded contracts to the public."

Rail, Maritime and Transport union general secretary Mick Cash said: "The blame for this lies squarely with the Government who are obsessed with outsourcing key works to these high-risk private enterprises."

Labour peer Andrew Adonis, who quit as chair of the Government's National Infrastructure Committee last month, attacked ministers over Carillion's collapse and raised questions about the role of Transport Secretary Chris Grayling in the awarding of HS2 contracts to the firm.